Share a memory
Obituary & Services
Tribute Wall
Read more about the life story of Betty and share your memory.

Betty Eileen Wells, 79, of Pleasant City, passed away peacefully in Cambridge with her family by her side on Monday (December 5, 2022).

She was born May 25, 1943 in Buffalo, daughter of the late Donald Harper and Alberta (Johnson) Harper.

Betty was a 1961 graduate of Buffalo High School.  She was a homemaker.  She had also worked part-time as a home health care worker as well as working at Elby’s, Hills Department Store, and Lumi-Light.

She was a member of the Golden 60’s.  She loved playing cards, especially Hearts.  Betty was an excellent cook and was well-known for her homemade spaghetti sauce at the family reunions.

She had been currently attending the Solid Rock Wesleyan Church of Cambridge.  Her faith in God was very important to her.

Betty was the matriarch of the family – the glue that held her loving family together.  She will be dearly missed by all.

In addition to her parents, she was preceded in death by her husband, Stanley “Butch” Wells, who passed away December 10, 2020.  They were married September 23, 1961.  Also deceased are two brothers, Jimmy and Curtis; and a daughter, Janet.

Visitation will be held Friday (December 9, 2022) from 5 p.m. to 7 p.m. at Black-Epperson Funeral Home, Byesville, where funeral services will be held Saturday (December 10, 2022) at 10 a.m. with Pastor Danny Gordon officiating.

Burial will be at Pleasant City Cemetery.

To send flowers to the family or plant a tree in memory of Betty Eileen (Harper) Wells, please visit our floral store. 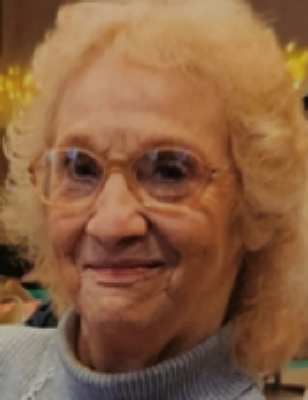