Share a memory
Obituary & Services
Tribute Wall
Read more about the life story of John and share your memory.

He was born February 23, 1946 in Pittsburgh PA, son of the late John Panchalk and Genevieve (Sever) Panchalk.

John was a 1964 graduate of Perry High School.  He was a record store owner for many years, as well as a union carpenter (he even designed and built his own home).  John also dealt in real estate property, as a licensed realtor.

John was an avid treasure hunter.  He was also a collector of guitars, stamps, and coins.  He enjoyed day trading and dabbling in the stock markets.  He traveled extensively throughout the United States.  John was also a Corvette enthusiast.  He served as president of the North Hills Junior Tamburitzans for many years.

He was a member of St. Michael’s Byzantine Church in Pleasant City and a member of the Holy Ghost Byzantine Catholic Church in Pittsburgh, where he ran the annual church bazaar.  He was dedicated to his faith and was always available to help at any church function or service.

John will best be remembered as a family man – who put the interests of his children and wife above his own.

In addition to his parents, he was preceded in death by his wife, Karen (Austin) Panchalk, who passed away July 11, 2013.

John is survived by his three children, John A. Panchalk of Overland Parks KS, Jennifer Panchalk of Pittsburgh PA, and Aaron Panchalk of Boulder CO.

Visitation will be held Sunday (January 22, 2023) from 2 p.m. to 6 p.m. at Black-Epperson Funeral Home, Byesville, with vigil services beginning at 4 p.m.

Burial will be at St. Michael’s Cemetery, Pleasant City.

As an expression of sympathy, the family suggests that memorial contributions may be made to St. Michael’s Byzantine Catholic Church, 408 Walnut Street, Pleasant City OH 43772.

To send flowers to the family or plant a tree in memory of John G. Panchalk, please visit our floral store. 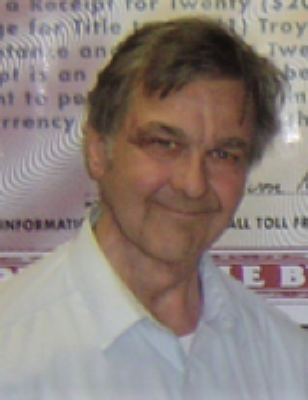